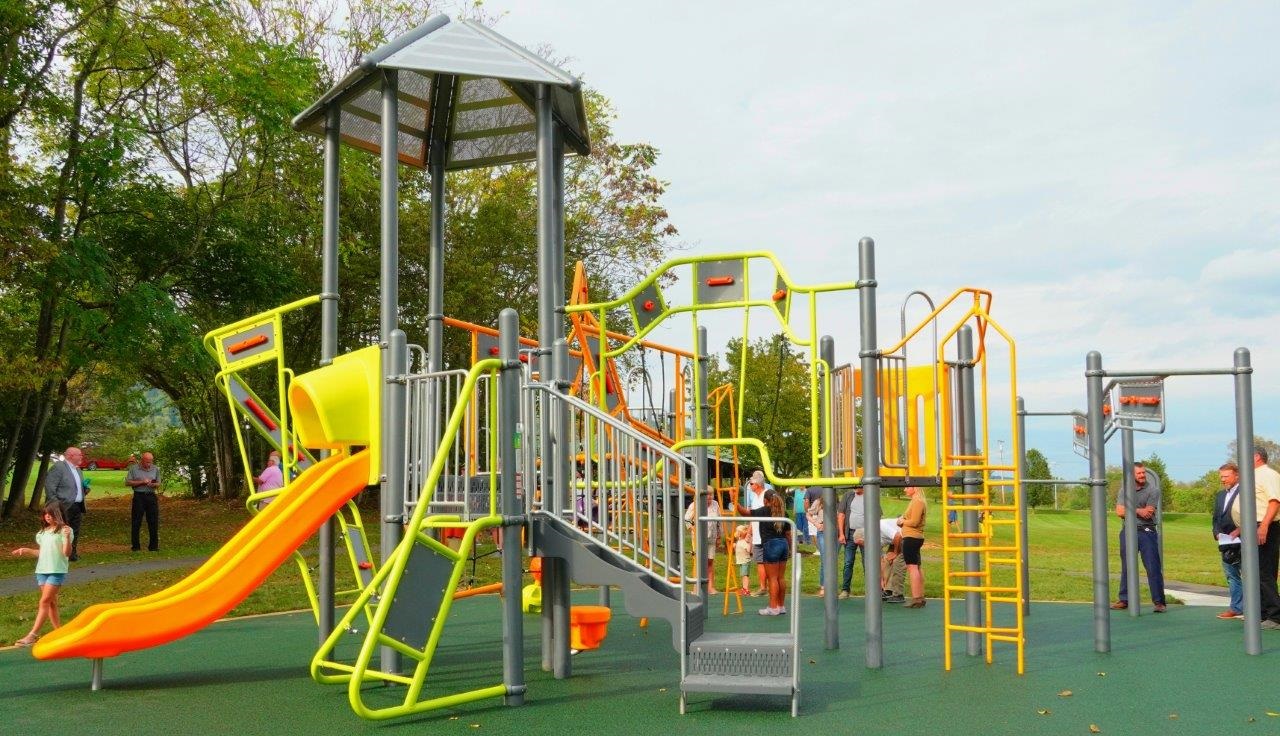 Martinsburg, West Virginia, Oct. 15, 2021 — Miracle Recreation, a pioneer in manufacturing thrilling playgrounds for nearly a century, today joined the City of Martinsburg and Berkeley County in debuting a new playground to honor the life of Martinsburg native and longtime Miracle distribution partner Charles Thomas “Chuck” Taylor and his family. 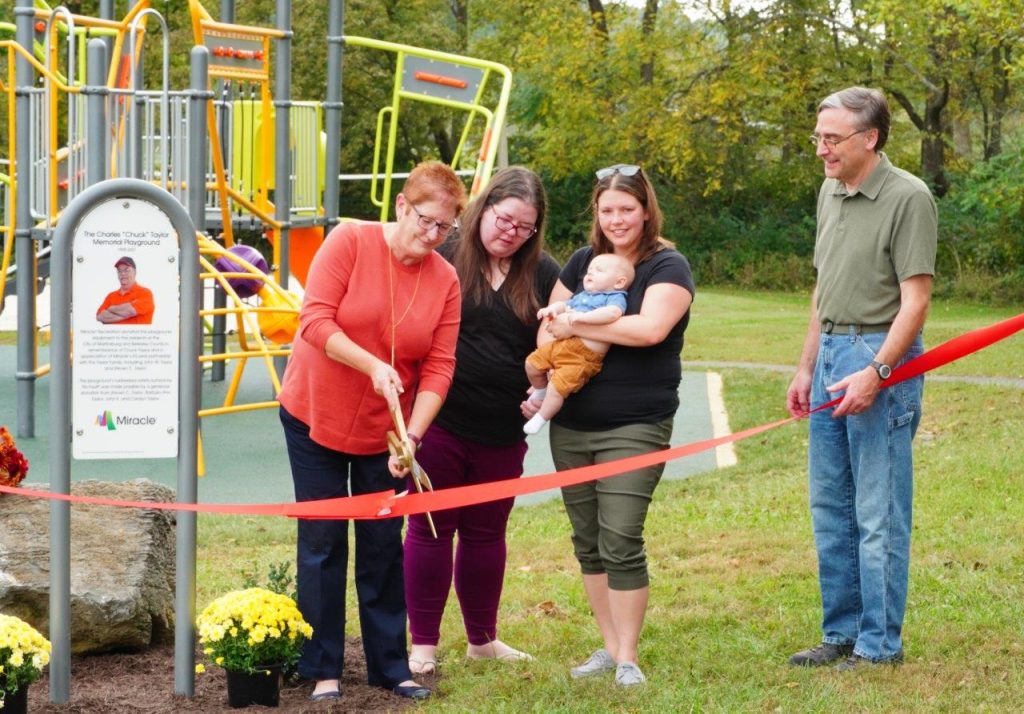 Located at Poor House Farm Park, 233 Almshouse Road in Martinsburg, the play equipment was donated by Miracle in recognition of its 53-year working relationship with the Taylor family, and Chuck Taylor’s outsized impact on the community. Martinsburg officials will unveil the playground at a 3 p.m. ET ceremony today.

“Miracle Recreation believes that investing in play equals investment in the community leaders of tomorrow, and there was no better leader in the Martinsburg community than Chuck Taylor,” said Mike Sutton, vice president of global sales for Miracle. “For decades, the Taylor family was a trusted partner in selling Miracle playgrounds throughout the Eastern Panhandle of West Virginia, and we are proud to honor their contributions by further celebrating play.”

Taylor, who died in June at age 62, was a lifelong Martinsburg resident and a Martinsburg High School graduate who spent years behind the mic announcing school football and basketball games. Prior to owning Taylor Sports and Recreation, he was an area police officer and a city councilman. 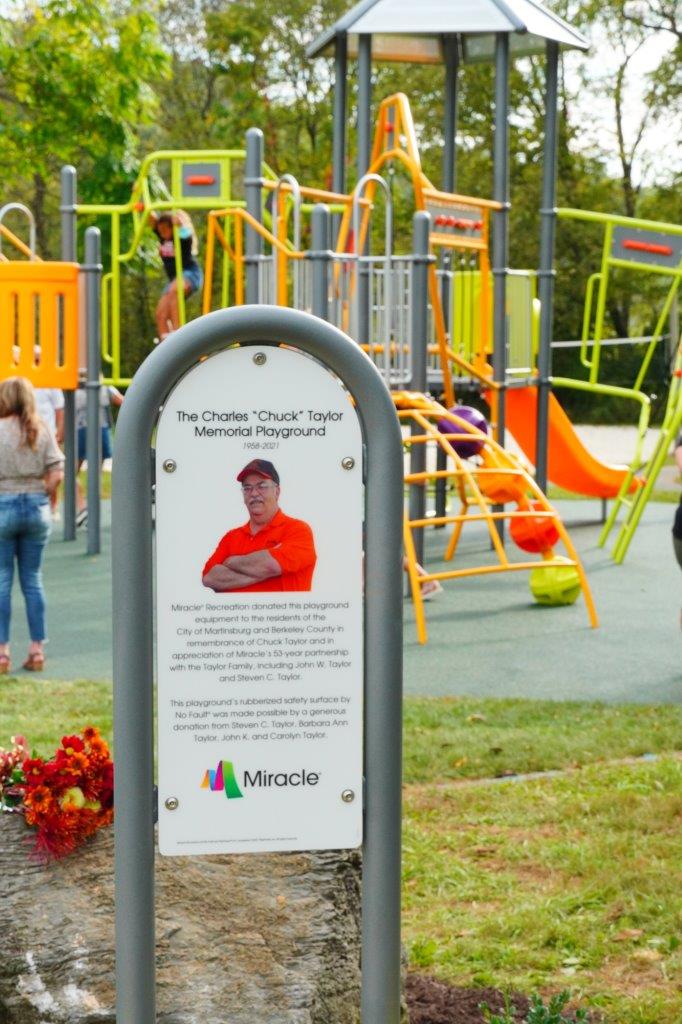 The Taylor family’s relationship with Miracle began in 1967 when John W. Taylor, Chuck’s uncle, began selling Miracle equipment. Steven Taylor, John’s son, joined his father in 1977 and Chuck became a sales associate in 1994. He eventually took ownership of the company, keeping the Miracle territory until selling it in 2020 following a lengthy illness.

The new park’s No Fault rubberized safety surface was generously donated by the family, including Steven, sister Barbara Ann Taylor, and John K. and Carolyn Taylor.

“We are pleased to contribute to the memorial playground for Chuck Taylor, a beloved cousin and business partner, and to have a play space that will last for many, many years in Martinsburg, my father’s hometown,” said Steven Taylor.  “We are thankful to Miracle for making the project a reality and for helping to create lengthy careers for Chuck, myself, and my dad.”

Founded nearly a century ago, Miracle Recreation inspires communities to develop kids with the character to lead tomorrow through its high-quality playgrounds. A division of PlayPower®, Inc., Miracle Recreation, pioneers the world of thrilling, commercial outdoor play equipment with the belief that a lifetime of self-discovery, independence, and leadership begins on a playground. That’s where children take perceived risks, which challenge and transform them, opening their minds to new perspectives. To learn more, visit Miracle-Recreation.com.