Why Are Playgrounds Important? 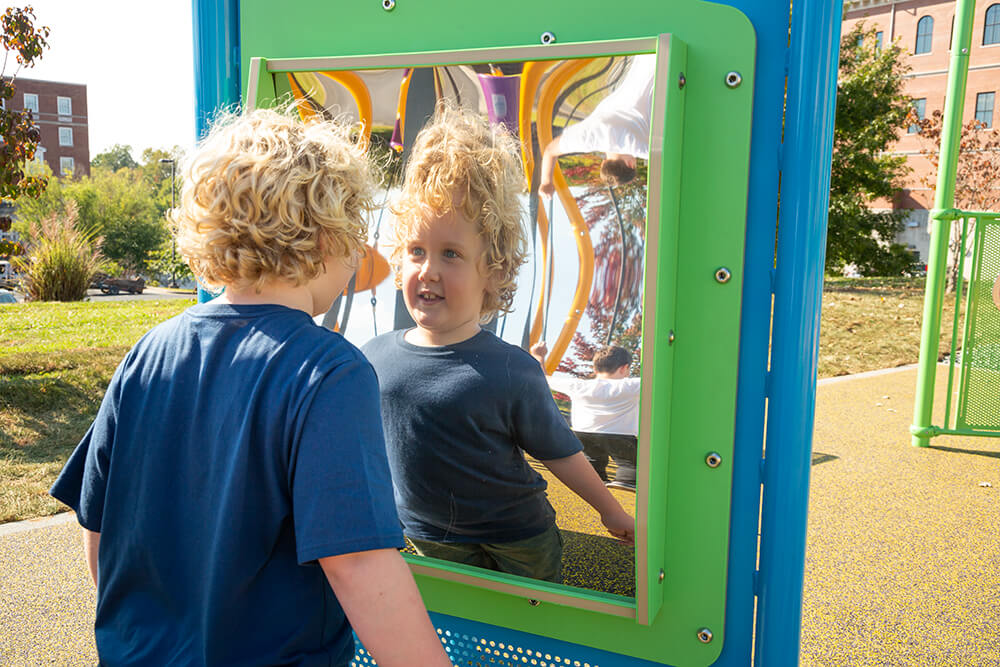 Is there anything that sounds more joyful than the sound of kids at play? Playgrounds don’t just make kids happy—they provide endless opportunities for learning and development. Read on to learn more about the benefits of play.

Read the full article or skip to a specific section:

Through play, children experience emotional, social, and physical growth. Increased self-esteem, improved collaboration skills, enhanced critical thinking skills, and a strengthened immune system are just some of the high-level benefits children gain by being able to play. The following sections will take an in-depth look at how play positively impacts children.

The Importance of Playgrounds and Play for Children

In the 21st century, with our harried and nonstop family lifestyles, many temptations can lure your kids away from play. Television, computer games and smartphones all aim to capture a significant portion of kids’ attention. Advertisers and retailers are increasingly reaching out to younger and younger kids in an effort to convince them or their parents to buy new electronic products. In this push for kids to have more and more screen time, we’re neglecting one of the most important elements of their development: time to play.

Why is playing important? Play is so essential for child development around the world that the United Nations High Commission for Human Rights recognizes it as a right of every child. Play is critical for kids to develop the emotional, social and creative thinking skills they’ll need when they’re adults. Play allows them to engage with their surrounding environment and with others in their community in a fun context. It enables them to explore ideas and different ways to behave, testing their boundaries and growing in the process.

So what exactly defines play, and why is it crucial? Experts define play as “any spontaneous or organized activity that provides enjoyment, entertainment, amusement or diversion.” All play is valuable, but free, unstructured play might be the most crucial. It allows kids to be independent, to learn how to make decisions on their own to achieve a result.

An internal monologue of a kid at play might go something like this: “Should I go down the slide? It looks awfully steep. It’s kind of scary. But I want to try, so I’ll do it.” In that simple act of going down the slide, they’re learning the basics of many critical skills they’ll need later in their adult lives. It’s impossible to overstate the importance of play in child development.

Research shows the brain continues to grow after birth, and is about 80% of the adult size by the time a child is 2. Play helps with this development by stimulating your child’s brain and helping them learn to communicate and deal with emotions, both simple and complicated.

One reason children look forward to playtime is that it gives them a chance to see and engage with their friends outside of organized activity, like school. Playing on playgrounds or in a park allows children to make new friends and even learn how to deal with stressful situations with old friends. When playing with others, kids learn the following.

Mental and Creative Benefits of Play

Want to be a pirate? An airplane pilot? Perhaps an explorer or astronaut? The great thing about play is that it allows children to use their imaginations to create all those worlds where they can be anything they want to be. Playgrounds help children develop the following.

The wonderful thing about free play in the outdoors is that it offers different benefits to different age groups. As your child ages and plays, they learn new and vital skills at each level. Researcher Mildred Parten identified six stages of play that children move through as they grow. Consider the following age groups and how they correspond with the various stages of play.

In the first few months, a baby enters the unoccupied play stage. It may look like they’re just making random movements with no specific purpose, but they are learning how the world works, and they are building the foundation for the other stages of play.

From birth until about 2 years old, children are also in the solitary play stage. They may not even notice other children who are sitting or playing right beside them because they’re exploring their world. At this point, they have limited physical, cognitive and social skills, but the time they’re spending alone is part of the developmental benefits of play.

When kids are around 2 years old, they move into the so-called “onlooker” phase. They watch other kids play because doing so helps them learn how to relate to others. They’ll frequently ask questions of the children they’re observing, but typically make no effort to join in the play.

Another type of play at this stage is parallel play. They’ll play alongside other kids but with no interaction. This process will provide a toddler with opportunities to role-play and begin to understand the idea behind the concept of “mine.” This time is also when parents will come to dread the word “again.” While it may be frustrating, repeating actions is essential for your kids because it’s helping them learn to master a skill or task.

Once your child is around the age of 3 or 4, they start to become more interested in other kids than in their toys. Young kids continue to engage in parallel play, and they also enter the stage known as associative play. During this stage, kids take what they learned from the earlier stages of play and use it to engage with other children and practice playing. They start to learn how to share and develop rudimentary problem-solving skills. There’s no formal organization to this kind of play, although kids often have similar goals. They want to play with the same toys — maybe even trade them back and forth.

The other type of play you see at this age is the beginning of cooperative play. Kids learn rules about cooperation and the give-and-take process during this time period. They are taking the first steps toward learning how to use moral reasoning to determine values.

While the importance of playgrounds and free play in child development is clear for all kids — including those above the age of 12 — it’s critical during the early school years. Play is how kids learn to socialize. It improves their thinking skills and problem-solving abilities and helps them develop many of the skills they’ll need in adult life. This process is especially important for older kids. One of the ways they frequently explore new roles, complex emotions and even new vocabulary is through fantasy play.

As kids grow up, their play becomes more complex and layered. They start to assume adult roles and think in abstract ways about play. This time is when they’ll also begin to learn about game play and rules. Games like Simon Says help kids learn there are sometimes rules everyone must follow. But it also helps them learn when it’s OK to break away from rules that may not be fair to everyone.

Sadly, as kids grow older, you may need to encourage them to find time for outdoor play. Once they enter school, they’ll begin to deal with peer pressure and being part of the crowd. In the 21st century, this frequently manifests as less time spent playing and more time spent texting or playing computer games. Take them to parks and playgrounds where they can see other kids at play, and encourage them to join in.

As we’ve noted above, the amount of time kids spend playing outside has decreased precipitously in the past few decades. Children aged 8 to 10 years old now spend nearly eight hours a day engaging with media –– normally smartphones, computers or televisions. Another study found children under age 13 frequently spend less than 30 minutes a week outside playing.

It would be a fool’s errand to try to deny your children all forms of media in the current cultural environment. But when children are getting so little time outside, they’re not getting the opportunity to develop the many skills play — particularly playing outside — provides.

The American Academy of Pediatrics (AAP) has issued the following recommendations.

Encouraging Your Children to Play

In other words, you’re helping them grow up to be the person you’d always hoped they would be. We mentioned just a few of the benefits of encouraging your children to play outside above, but there are so many more. And perhaps the one we didn’t mention earlier may be among the most important: Playing outdoors is fun.

When you encourage your children to play outside, you remind them of that. All the other answers to the question, “Why is free play important for child development?” link back to the same concept. In the end, having fun is the key that opens the door to all the benefits mentioned above.

Miracle® Recreation Wants to Help Your Kids Have Fun

For over nine decades, Miracle Recreation has been in the business of providing families, schools and communities with playground equipment that encourages all the best benefits of outdoor play. Generations of families have grown up using our playground equipment.

Because we are one of the largest playground equipment manufacturers in the world, we can provide a wide variety of thrilling, exciting outdoor playgrounds that will entertain kids of all ages and abilities and encourage them to use their imaginations in new and creative ways. No matter the size of your project, our team of talented representatives can help you every step of the way in creating your ideal playground. Contact us today to get a quote on the playground of your dreams!