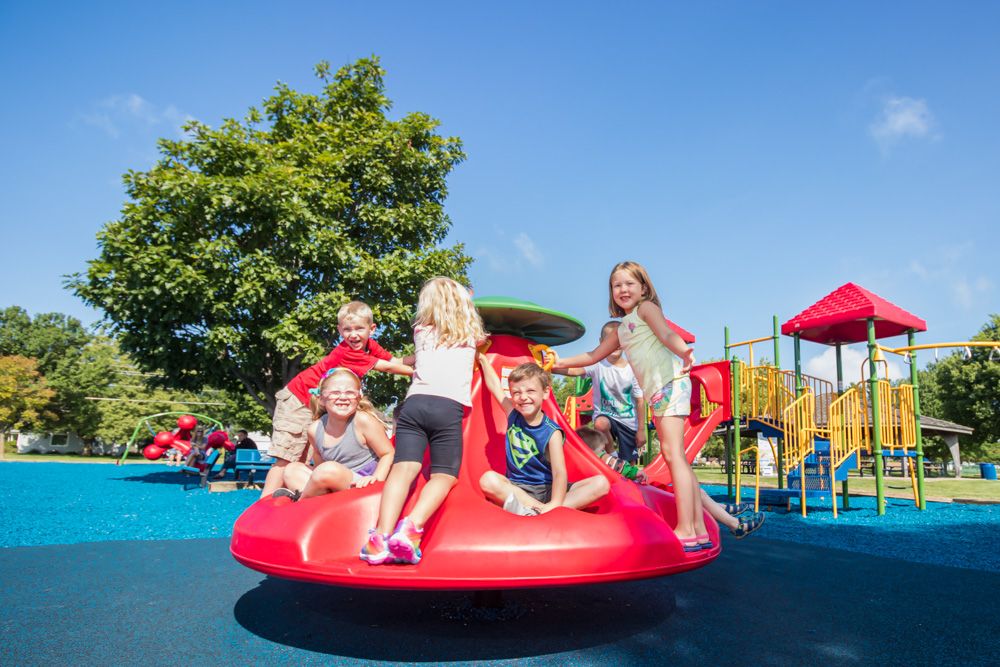 When Ahrens/Paschall Memorial Park first opened in 1994, it finally fulfilled a longstanding dream for Claude and Paul Ahrens, both of whom were monumental figures in the history and development of Miracle® Recreation and the playground industry itself. Claude Ahrens was the founder of Miracle Recreation. His son Paul was president of Miracle from 1972 to 1986 and chairman of the board at Miracle from 1986 until his death at age 50 in 1989. Together, Claude and Paul created and held 16 patented play designs, including the People Mover Train, Astro City, Tornado Slide, Earn-A-Slide, Tower Climber, the Miracle Junior Challenge Course.

After Paul’s passing in 1989, Claude donated more than $4 million and 50 acres in Grinnell, Iowa, to create Ahrens/ Paschall Memorial Park, which was built to honor Paul and his lifelong friend Jim Paschall. Today, the park stands as a testament to the dreams of two men who helped countless kids live out their dreams on playgrounds across the country for the past 93 years and counting.

Miracle® Recreation is a PlayPower®, Inc. company. © 2021 PlayPower, Inc. All rights reserved.
We use cookies to improve your browsing experience! By continuing to use this website, you agree to the terms outlined in our Privacy Policy, and to the receipt of targeted communications through our marketing platforms. We do not sell your personal information, and only obtain personal information with your consent. For more details, please refer to our Privacy Policy.
I agree
Request Quote Top