The original creators of play for almost a century. 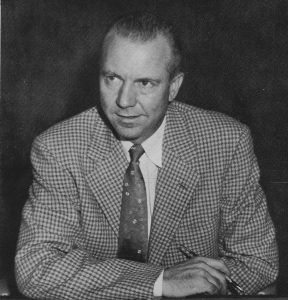 Before 1927, Miracle® was just an idea. An idea for an innovative new merry-go-round, the Miracle® Whirl, designed by manufacturer John Ahrens and his son Claude. After selling 10 prototypes in two weeks, Claude moved on to other sales opportunities and John began manufacturing Miracle® Whirls through the Miracle Playground Company.

In 1939, Claude returned to the Miracle Playground Company as its owner. Over the years, Claude’s creativity and ability to think big and plan for growth drove the company’s expansion. After redesigning and selling 900 Whirls in 1947, Claude extended the product line with swings, teetertotters, and jungle gyms, using “candy-cane stripe” paint to differentiate Miracle® from its competitors.

After Paul Ahrens became president in 1972, the company was renamed Miracle Equipment Company. Today, Miracle® continues to develop and bring innovative ideas to playgrounds throughout the United States. A lot has changed over the past 93 years, but Miracle® remains committed to the creativity and innovation that have defined us since Claude Ahrens first began selling the Miracle® Whirl in 1927.

As one of the oldest and largest playground equipment manufacturers in the world, you can trust our talented team of representatives, many who have been with Miracle Recreation and the playground industry for generations. Together, we provide a broad range of customized and themed commercial outdoor playgrounds designed to thrill children of all ages and abilities. No matter the size of your project, our representatives will provide the highest level of service in the industry and work with you every step of the way, including design, specification, funding, purchasing, and installation, before and after the sale. Our customized design process is also free because there should never be a charge to dream.

Miracle® Recreation is a PlayPower®, Inc. company. © 2021 PlayPower, Inc. All rights reserved.
We use cookies to improve your browsing experience! By continuing to use this website, you agree to the terms outlined in our Privacy Policy, and to the receipt of targeted communications through our marketing platforms. We do not sell your personal information, and only obtain personal information with your consent. For more details, please refer to our Privacy Policy.
I agree
Request Quote Top